A couple of weeks ago a good friend of mine @grandcards, of the retired blog of the same name, announced he was dismantling his substantial Tigers collection. He offered me first chance at his Silks and I gladly accepted. It's not very often that I acquire eight Silk cards at a time, so I feel the need to show them off. 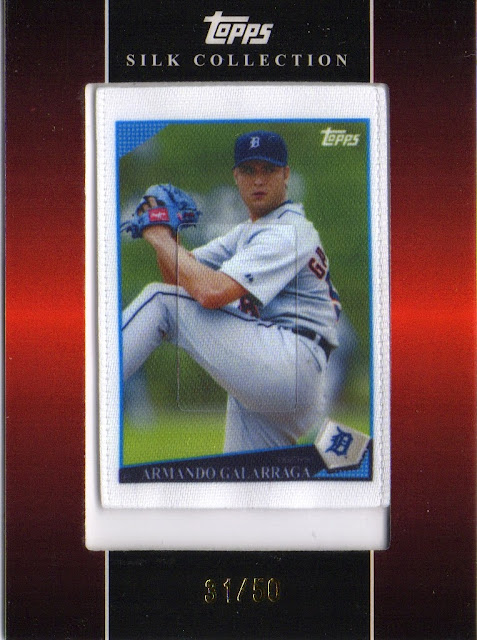 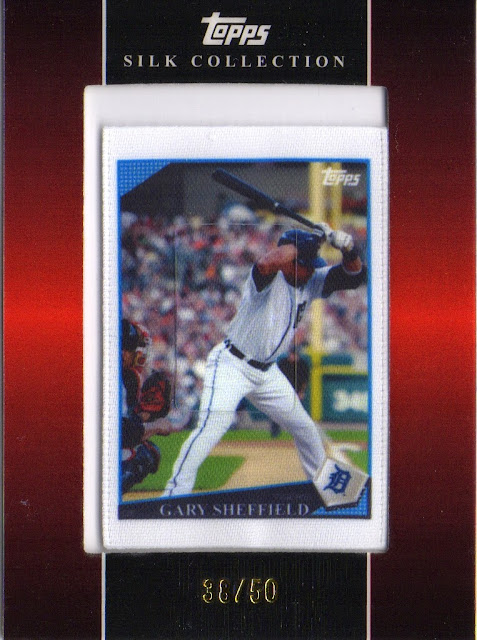 Raise your hand if you remembered that Gary Sheffield was a Detroit Tiger. I do not have my hand raised. I'm more of a National League guy, and my attention was certainly focused on the Cubs in 2008 as they managed to make the playoffs for a second year in a row.

I'm going to get a wantlist for 2009 Silk up sometime soon, but it's daunting considering that 2009 consists of 300 cards instead of 200 cards like in 2008. There are so many commons that it makes my head spin and I only have roughly 10% of the set at this point. I guess you have to start somewhere. 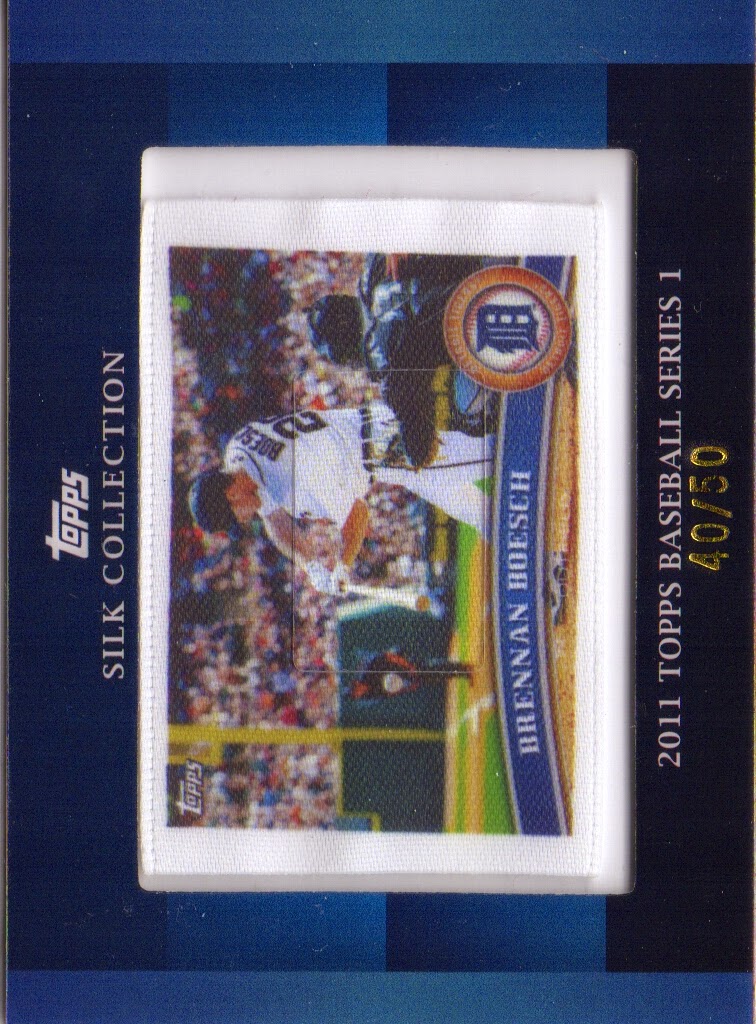 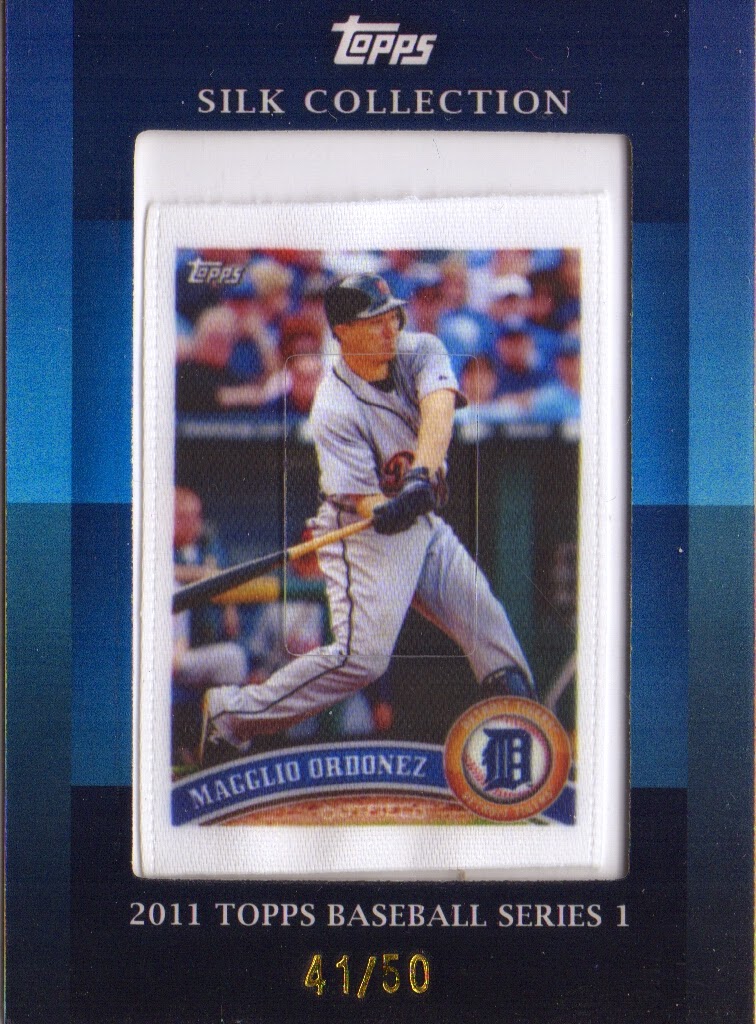 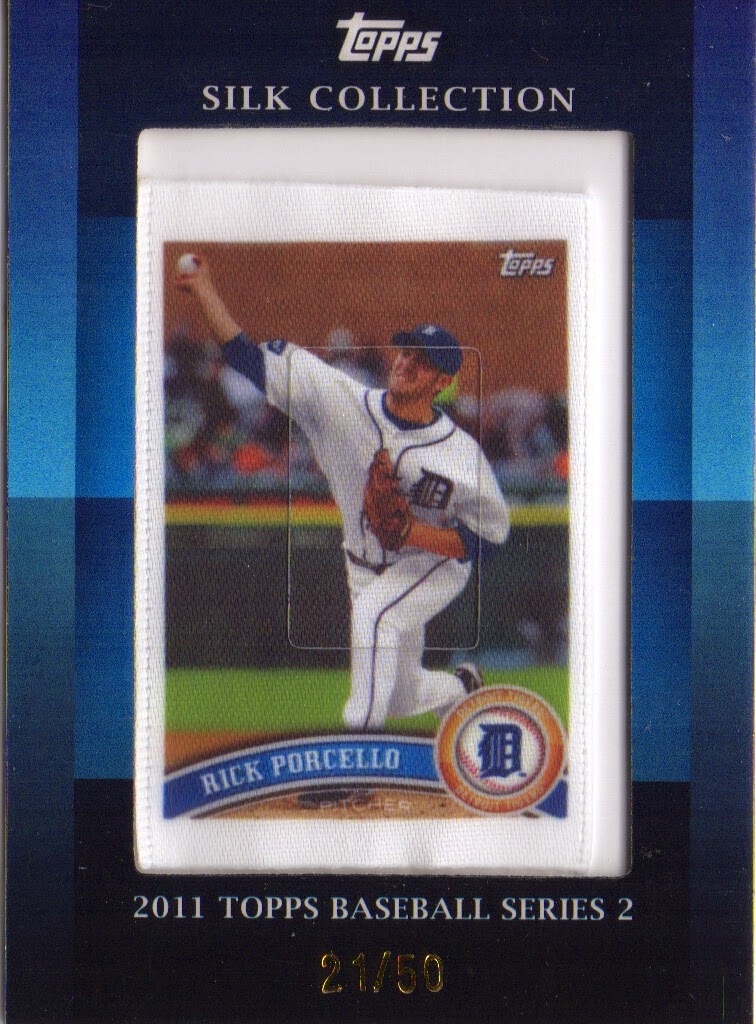 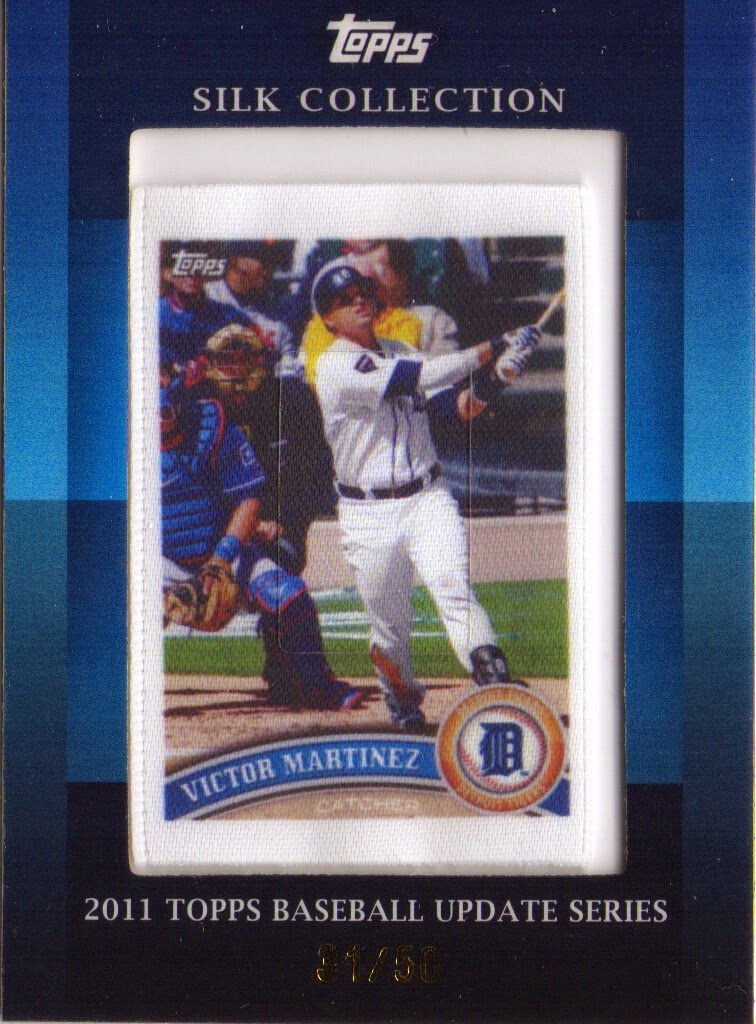 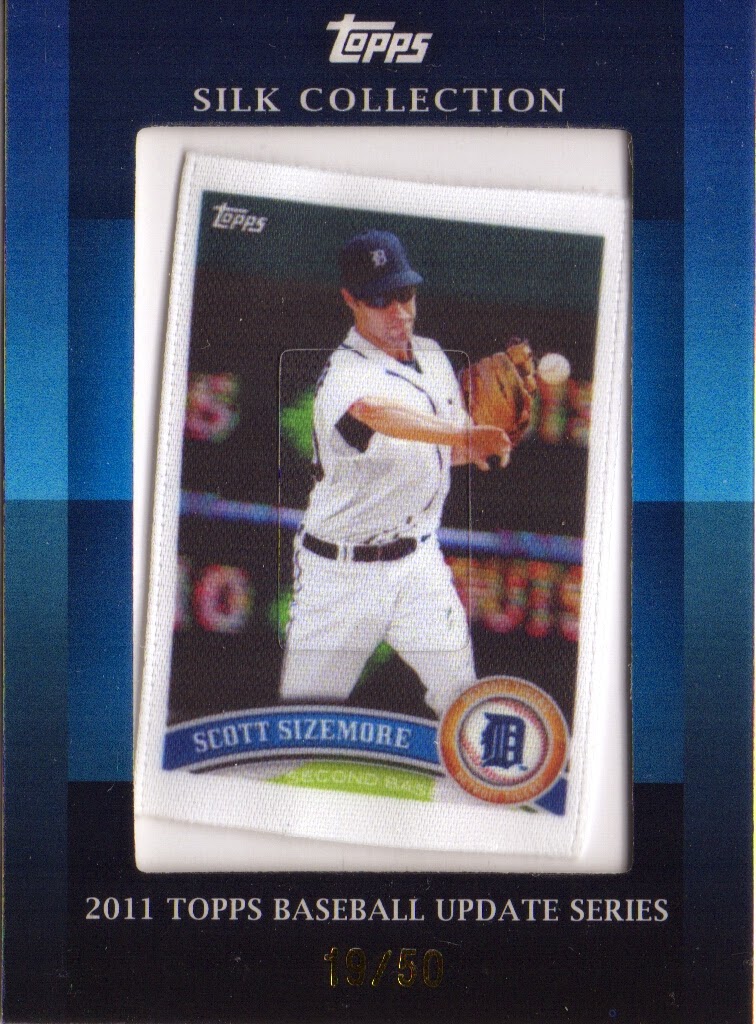 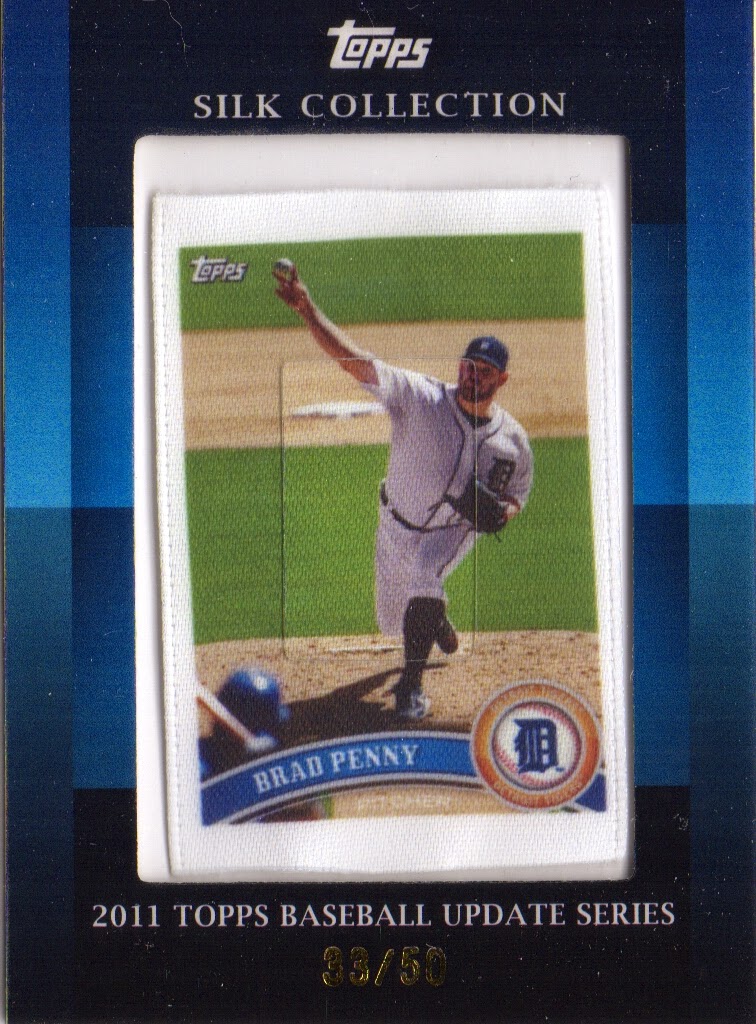 In 2010, in what I assume was an attempt to help collectors catalog a set without numbers, Topps added the series to each Silk card. I'm not a fan of that 2010 set because of the graphics on the borders, but I think the 2011 set looks crisp and the added information is welcome.

Of this bunch I'm most familiar with Victor Martinez and Magglio Ordonez. Once again, it's weird seeing Brad Penny in a Tigers uniform. He's entrench as a Dodger in my mind, but he continues to bounce around from team to team trying to extend his career. After only pitching eight games for the Marlins last year you get the feeling he'll be on a short leash in spring training as he tries to catch on with the suddenly relevant White Sox.

Thanks again to Dan. I'm going to do my best to get up a 2009 Topps Silk wantlist later this week. I'm sure there aren't a lot of them in the blogosphere but the physical act of putting together a wantlist makes the set pursuit real.
Posted by Greg at 12:46 AM